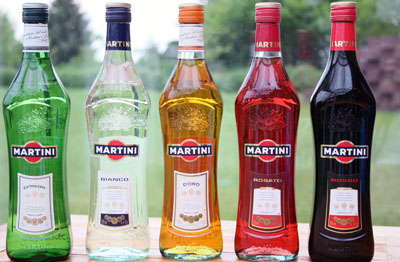 Vermouth is a wine based drink, fortified with distilled spirits and aromatised and flavoured with secret recipes of herbs, spices, roots and fruits. The drink originated in warm and sunny wine making areas in the region of Europe which spills across from the west of Italy into the south of France.

Perhaps the most well known brands of Vermouth are still made in that area today, Martini and Cinzano from Turin in Italy, and Noilly Prat from Marseillan in France. Antica Formula is a less well-known, but more expensive and sought-after, red Vermouth, made to the original red Vermouth recipe and named 1786 after the year it was invented.

There are many variations in styles and flavour, but historically they fall into two main groups. White Vermouth is dry and bitter and usually used as a mixer, or cooking ingredient. It’s a key part of many well-known cocktails, including the world famous martinis and manhattans. Red Vermouth is sweeter and is more often drunk on its own, chilled, before or after dinner as an aperitif or digestif.

White and red Vermouth are both made from good white wine and they maintain the look and texture of wine. The red gets its colour and sweetness from the caramel used to colour it.

The subtleties of taste come from the well guarded mix of flavour filled additives, and vary between different brands of Vermouth. Noilly Prat is known to include Indonesian nutmeg and bitter oranges from Morocco, while Martini is said to contain Italian violets, iris roots and clove essence.