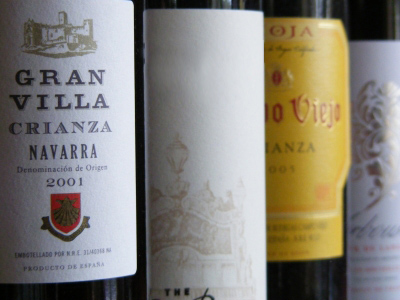 When it comes to character Spanish wines are among the most distinct in the world. As one of the ‘big three’ wine producers Spain offers wines brimming with a richness derived from the country’s eclectic culture and varied landscape.

There are many distinct Spanish wine regions. Some lie in the drier South, shielded from the ocean by Cantabrian Mountains, while others cling to the hills in the wetter north. On top of this Spanish wine makes use of many varietals with Tempranillo and Garnacha among the best known native grapes.

Historically Spanish wine making was seen as primitive by experts from other countries. In Spain the role of the winemaker was all about bringing out the distinctive taste of the grape, and the production process did not gain the significance that it enjoyed elsewhere. As a result of this mentality, aging in oak has played a big role in making Spanish wine taste the way it does. Many Spanish wines, both red and white, are aged for several years before they are ready to be consumed.

Like France and Italy, Spain controls what wine can be produced where through its Denominación de Origen system. Some of the best known regions, such as Rioja and Ribera del Duero, have built a name for themselves by producing vast quantities of high quality wine at reasonable prices.

So whether you want to delve into depths of a Rioja Gran Reserva or sip a fine Cava to cleanse the pallet while sampling some Jamon Iberico, we have one of the top collections of Spanish wine available online.