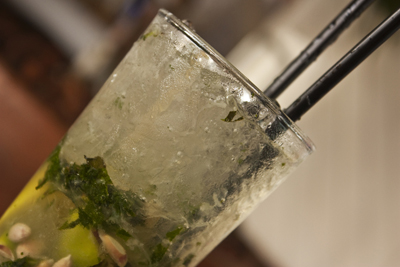 Rum can be made directly from the syrup or juice of sugar cane, or from molasses – a by-product of sugar production. Rum is an extremely versatile drink and forms the basis of a large number of popular cocktails including the Mojito, the Mai Tai and the Pina Colada.

Rum is either white or amber in colour. The white rum is produced when rum is bottled immediately after being distilled. Dark rum acquires its colour due to being aged in wooden casks. In general, the darker the rum, the more mature it is. However white rum is aged in stainless steel casks which produces a deeper flavour but does not affect its colour.

White rum is especially popular in the Caribbean where the drink itself was first developed. Leading brands include massive producers like Havana Club and Bacardi. White rum can be substituted for gin or vodka in most drink recipes and has a light, slightly sweet taste.

Darker rums, which may have been aged for up to 12 years, are more suited to drinking on their own as they have a deeper, fuller flavour. Popular brands include Lambs Navy, Sailor Jerry and Captain Morgans. The nautical link is no coincidence: until as recently as 1970, every sailor in the British navy was given a daily tot of rum.

You can also buy rum that has been flavoured with spices such as cinnamon and nutmeg and peppercorns to create uniquely warming, satisfying drinks.