The latest Scotch Whisky Association Tourism statistics are in and they have been made into a downloadable infographic. It makes for interesting reading as you can find out more about each of the tourist regions producing Scotch across Scotland and how successful they are.

Scotland has five prominent whisky regions: Islay, Lowland, Speyside, Highland and Campbelltown and 118 whisky distilleries. Around half of the distilleries are open to visitors. Many others have been investing heavily in recent years, to expand and improve their visitor facilities.

The figures from the Scotch Whisky Association show that distilleries welcomed a combined 1.6m visitors last year. This is more visits from the UK and across the world than they have ever had before and is a rise of 20% since 2010.

Scotch Whisky distilleries now rank alongside many other top UK attractions such as St Paul’s Cathedral and Edinburgh Castle for tourism visits. They provide plenty of different types of attraction from tours to tastings and much more.

Inevitably as the visitor numbers have risen, so has the overall tourism spend. Visitors spent on average around £25 per person. This amounted to total of almost £50 million last year. This equals a huge increase from the £27 million recorded by the Association in 2010.

According to the findings of the Scottish Whisky Association, the higher number of visitors were reported to be from Scotland. Tourists also came from other parts of the UK, France, Germany and the USA.

Distillery tours are a great attraction for Scotch Whisky enthusiasts. Each distillery has its own unique history and methods of production. Visiting a Scotch distillery allows visitors to indulge in their passion. It is also a chance to discover more about the history and the people who have been instrumental behind the scenes in formulating and producing the iconic drink. 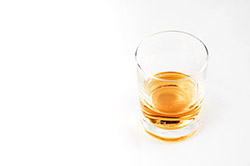 All Scotch whisky is aged in oak barrels for a minimum of three years. There are two different types which all blends are made from. Single malt Scotch whisky is made from just water and malted barley. Single grain Scotch whisky differs as it may also include whole grains of other malted or unmalted cereals.

This industry provides a huge boost to the Scottish economy and anyone who wants to find out more about whisky and its history, Scotland is the place to start.