When it comes to liqueurs the Italians always win hands down. For starters, unlike many liqueurs with doubtful provenance Italian alcoholic treats like Disaronno really are a part of local tradition. At the same time Disaronno has nurtured an enviable reputation as a drink of the rich and famous.

Disaronno Originale is by far the best known version of amaretto. As with every liqueur on the market, it has gone to great lengths to propagate a legend surrounding its creation. In a charming and very Italian romance, the invention of the liqueur is credited to the lover of celebrated renaissance painter Bernardino Luini.

In 1525 the citizens of Saronno, which was in the process of rebuilding itself after years of war, needed a new fresco for their cathedral. They commissioned the young Luini, a pupil of Leondardo Da Vinci, to take on this job, although to complete it he needed a model for the Virgin Mary. He found one in the form of a young female innkeeper, who quickly fell in love with him and lost whatever chaste credentials she may have had in the first place.

In order to seal the deal, the young woman concocted the first ever amaretto as a love potion. Today’s liqueur of apricot kernel oil and the essence of seventeen herbs and fruits, claims direct decent from this incident. 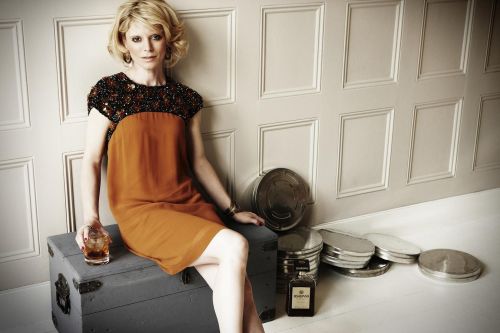 Whether or not this recipe has remained unchanged over the years as Disaronno claim, the liqueur, now enjoyed all over the world, is still made in Saronno.

Although many drinkers extol the virtues of drinking Disaronno neat or on the rocks (and there are few amarettos better suited to this) it is also a very popular ingredient both in cooking and cocktails; not least Marlon Brando’s favourite, the Disaronno Godfather. As a brand Disaronno presents itself as a luxury drink, emphasising the “Originale” nature of its flavours and drinkers.

The most recent cocktail developed by Disaronno was specially crafted when they became the official hosts of the after party at this year’s BAFTA awards.

“The Disaronno BAFTA Originale” emphasises the opulence of the liqueur using a few simple ingredients.

According to Disaronno the cocktail  is “a blend of sweet and sharp, with Disaronno, pomegranate syrup and fresh lemon juice topped off with soda and a few dashes of bitters. The Disaronno Originale is served in a tulip shaped flute with whole pomegranate seeds and flecks of gold leaf.”

If you’re feeling inspired to enjoy your own dash of red-carpet glamour, here’s how it’s made.

Method: Combine the Disaronno, fresh lemon juice, Monin pomegranate syrup and bitters in a cocktail shaker, add ice and shake. Pour the mixture into an elegant flute and top with soda. Garnish with whole pomegranate seeds and gold leaf.

Shaken not Stirred – The Story of the Martini