close
From click to clink, the best deals on the web
I believe that when learning about the world of wine it is fundamental to experience and get a feel for the area the wine comes from. So, whenever possible I´m always looking for a chance to visit different wineries and the surrounding regions. This time the destination was the Priorato district, where I wanted to learn about D.O. Priorat and D.O. Montsant wines.
This region, very close to the coast of Tarragona, Cambrils or Salou, is dominated by the Montsant mountains. One can’t miss the steep slopes where the vines were planted many years ago. Another important characteristic in the vineyards is the way in which man-made terraces have been developed more recently in order to facilitate the different jobs in the vineyard. Thanks to these mountains the Priorato enjoys a microclimate which allows the grapes to acquire a unique characteristic, which cannot be found in any other area. The most common grape variety of this D.O. is the Garnacha, also known as Grenache.
Within the area of the Priorato we find two D.O´s (Denomination of Origin); D.O. Montsant and D.O. Priorat. The difference is that slate (known as Licorella in the area) is a key ingredient in the soil of D.O Priorat.  I paid a visit to both, Vinyes Domènech in D.O. Montsant, and Cellers de Scala Dei in D.O. Priorat. 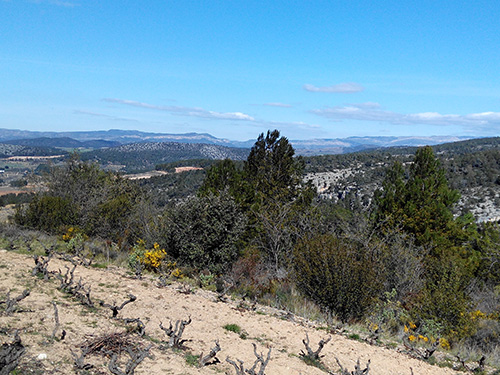 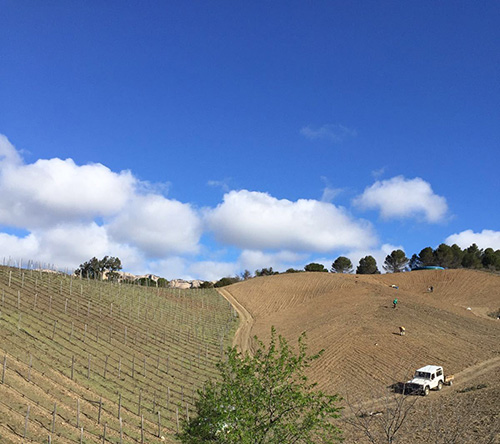 Mr Domènech, from Barcelona, was the owner of a vineyard in this astounding place.  Within the first year, with the help of a friend who owned a winery, Mr Domènech was selling wine and the increasing success lead to him fulfilling his dream and creating his own winery called Vinyes Domenech.  The building is not large as its main function is to make the wine in its place of origin, and manages to transform 80,000 kilos of grapes into wine. It is then transported to a close-by village where it is bottled and prepared in order to be sold. They have three red wines mainly from the Garnacha grape variety and two white wines from the white Garnacha variety. 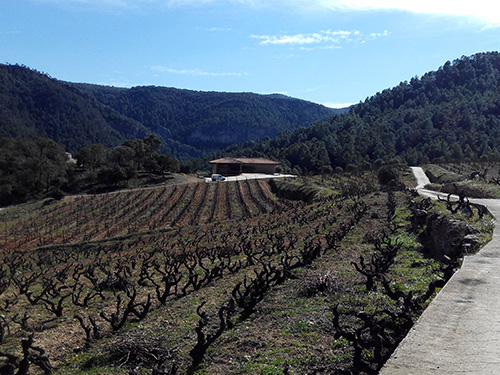 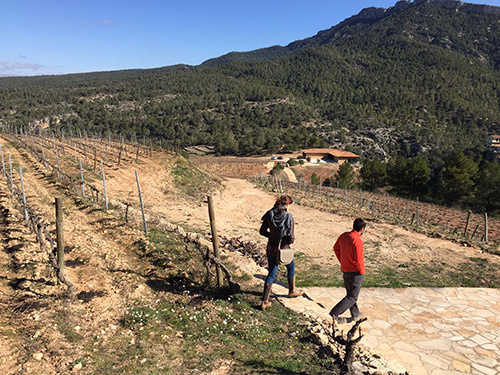 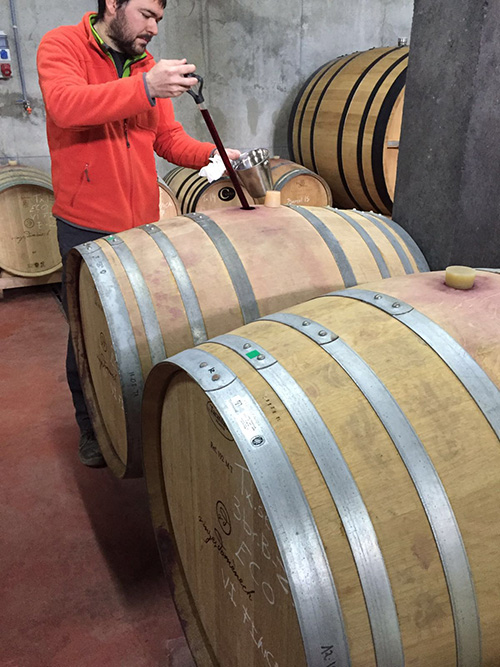 Wine maker showing us the wine process
The next day Jaume, one of the enologists of Cellers de Scala Dei, was waiting for us to start the visit of the winery. He began by telling us the story of the Cartoixa. History is always important. From the 12th century the monk community set themselves up in this area and built their monastery (the Cartoixa). They came across a shepherd who told them that often, after waking from his nap, he saw angels climbing up and down the slope on their way to heaven. This seemed to be the perfect place for them to live, and once they had built the monastery, called the Cartoixa of Scala Dei, they returned to their custom of wine making (Scala Dei meaning God´s ladder and the emblem reflects precisely this. The seven steps of the ladder each represent a village that was under the rule of the Cartoixa). The monks were famous for introducing the wine culture to this area. 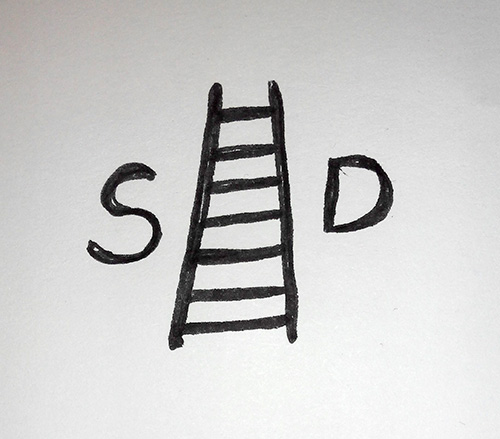 Emblem of Scala Dei
In the19th century the monarchy took many possessions of the Church, for their own personal profit (process known as the Desamortización of Mendizábal). Sadly, the Cartoixa suffered from this and four rich families from Barcelona bought the property of the monks. The families each made themselves their own house, but also continued the tradition of winemaking. They founded the proper winery as it is known today, and organized it in such a way that every few years another family would take charge. The families began to use stables and cellars dating back to 1660 as their work place. However, it was not until 1970 that wine was produced under the label D.O. Priorat. Today, in these cellars we can still find the old tools of the monks like the press or the clay vessels and anphoras. Recently, the Grupo Codorniu bought the company giving in an economic boost, although it continues to be run by the four families. 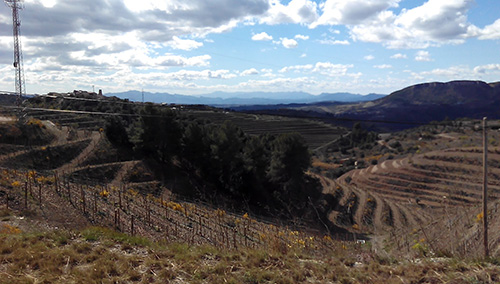 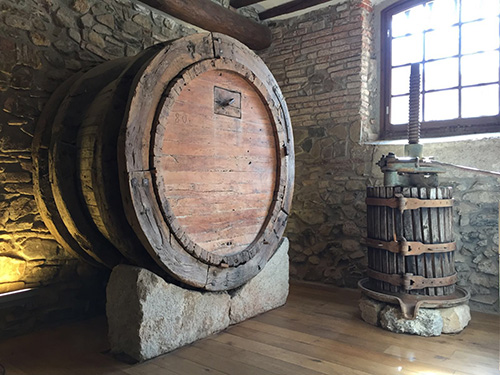 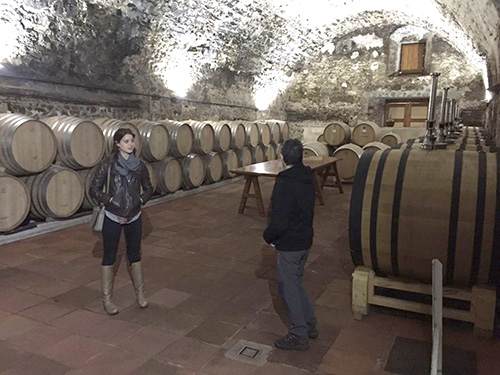 Celler, Scala Dei
Here we tried all of their wines; three different red wines (Garnacha de Scala Dei, Cartoixa de Scala Dei and Prior de Scala Dei), a white wine (Scala Dei Blanc) and one rose wine (Blanc de Noirs). In 2014 only 411 bottles of the rose wine were made, but overall produced 250.000 bottles in the same year.

All About that Grape – Cabernet Sauvignon

5 Italian white wines you will love