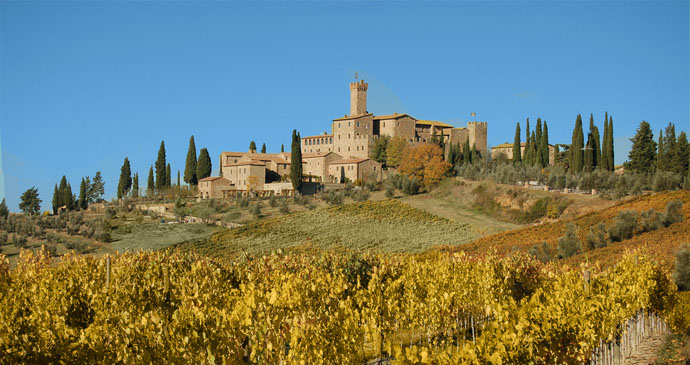 This quintessential Tuscan vineyard is on an estate that covers around 7,000 acres that boasts calcium rich soil, sublime summer sunsets, and countless awards. The fact that it has been voted Italy’s best vineyard for eleven years gives this place the right to claim to be the pre-eminent ‘must visit’ Italian winery . At the heart of the estate is a medieval  castle dating from 1260 and steeped in local history – it now plays host to a “museum of wine and glass” and a taverna stocked with delicacies from the surrounding hills. If you really want to splash out, there are a select number of luxury rooms available at the castello.

This photo of L’AND Vineyards is courtesy of TripAdvisor

This winery has taken the idea of viticulture tourism to a whole new luxurious level – a state of the art eco friendly hotel with its own artisan winery. Yet as a top destination for wine lovers it’s all very in keeping with the staples of wine appreciation, and takes a real pride in show off the local landscape and Portugal’s Alentejo wine region. The cutting edge design of this boutique resort was the idea of Lisbon architecture firm Promontorio who designed the exceptionally striking central building. Within the adjacent hotel’s atrium is the winery, where the first L’and limited-edition vintage was produced in 2009. If you’re lucky enough to get a chance sample this it claims to have a full bodied aromas of blackberry and mint. 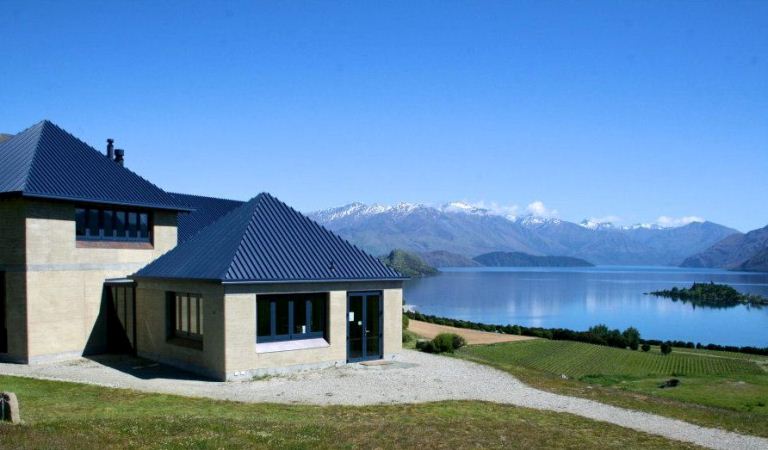 The South Island of New Zealand is renowned for its dramatic mountain scenery and for being the southernmost wine producing region in the world. The unique soil and climate produced by high mountains and the country’s maritime climate make places like Rippon Vineyard among the most interesting places for viticulture in the world. Situated next to the clear blue waters of Lake Wanaka the winey hosts its own music festival  and makes what many consider to be the region’s best Pinot Noir, the variety that has come to define Central Otago and New Zealand reds in general.
Top wines: Rippon Tinker’s Field Pinot Noir 2010, Rippon Riesling 2011, Rippon Gewurztraminer 2011 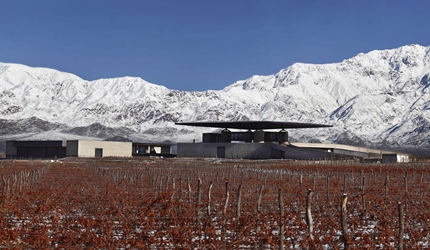 It’s hard to imagine a more remarkable combination of architecture and scenery than this state of the art Argentinian winery – which looks more like a futuristic military installation than the home of great wines. This family owned vineyard is right at the foot of the Andes, in La Consulta, in the Argentinean province of Mendoza. This not only gives the place a bountiful microclimate (it’s high altitude favours the production of wines with great colour suitable for long ageing) but also one of the most unique settings on the planet. A tour of this estate is truly breathtaking, with the Andes as a constant backdrop, and culminating in a visit to a cellar that is 33 feet underground. There’s also a stylish lakeside restaurant with specially selected seasonal menus, the perfect stop to toast the Andes with a glass of Malbec in hand. 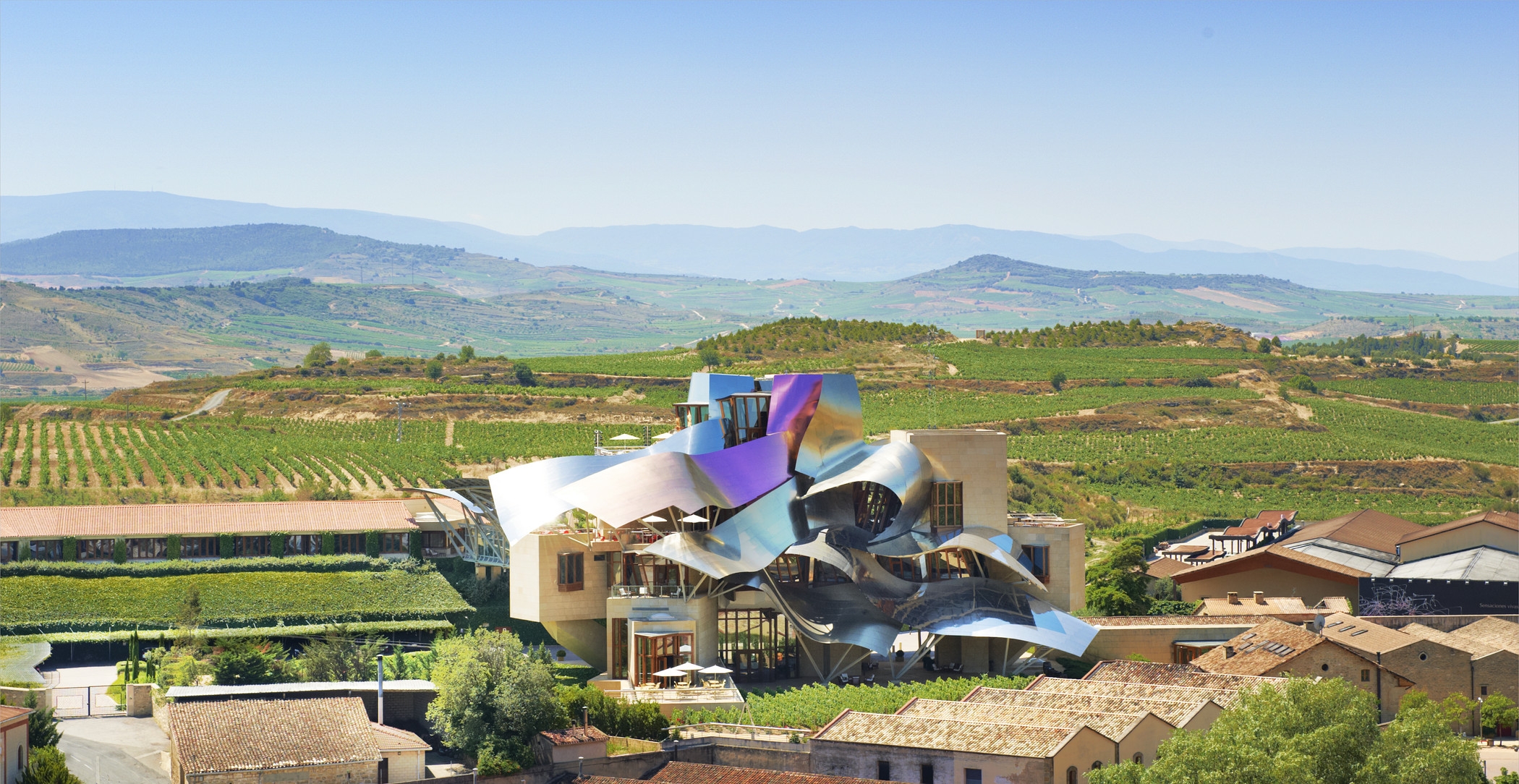 As a building Marqués de Riscal is about as far away from the humble Spanish bodega as it’s possible to get. This postmodern work of art in the Rioja heartland was designed to embody the innovate spirit of the Marqués de Riscal brand, which is one of the oldest Rioja wineries. It was founded in Elciego (Álava) in 1858 by Guillermo Hurtado de Amézaga, from the outset it has been a point of reference in the winemaking business at both national and international level. Like many Riojas Marqués de Riscal is strongly export oriented with 60 per cent of production being sold outside of Spain. As one of the benchmark producers of Spain’s most productive wine region, visiting its verdant vineyards and remarkable HQ is a must for dedicated Rioja fans.
Top wines: Marqués de Riscal Gran Reserva 2004, Proximo 2010, Marqués de Riscal Sauvignon Blanc 2012
Previous Post
Next Post

All About that Grape – Cabernet Sauvignon